This lesson teaches you to

It is a common misconception that using the basic layout structures leads to the most efficient layouts. However, each widget and layout you add to your application requires initialization, layout, and drawing. For example, using nested instances of LinearLayout can lead to an excessively deep view hierarchy. Furthermore, nesting several instances of LinearLayout that use the layout_weight parameter can be especially expensive as each child needs to be measured twice. This is particularly important when the layout is inflated repeatedly, such as when used in a ListView or GridView.

In this lesson you'll learn to use Hierarchy Viewer and Layoutopt to examine and optimize your layout.

The Android SDK tools include a tool called Hierarchy Viewer that allows you to analyze your layout while your application is running. Using this tool helps you discover bottlenecks in the layout performance.

Hierarchy Viewer works by allowing you to select running processes on a connected device or emulator, then display the layout tree. The traffic lights on each block represent its Measure, Layout and Draw performance, helping you identify potential issues.

For example, figure 1 shows a layout that's used as an item in a ListView. This layout shows a small bitmap image on the left and two stacked items of text on the right. It is especially important that layouts that will be inflated multiple times—such as this one—are optimized as the performance benefits will be multiplied.

Figure 1. Conceptual layout for an item in a ListView.

The hierarchyviewer tool is available in <sdk>/tools/. When opened, the Hierarchy Viewer shows a list of available devices and its running components. Click Load View Hierarchy to view the layout hierarchy of the selected component. For example, figure 2 shows the layout for the list item illustrated by figure 1. 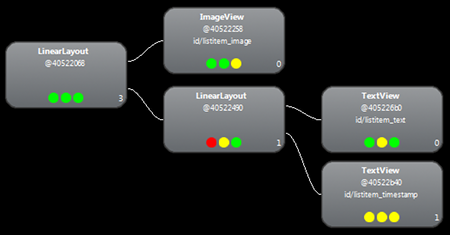 Figure 2. Layout hierarchy for the layout in figure 1, using nested instances of LinearLayout.

In figure 2, you can see there is a 3-level hierarchy with some problems laying out the text items. Clicking on the items shows the time taken for each stage of the process (figure 3). It becomes clear which items are taking the longest to measure, layout, and render, and where you should spend time optimizing.

The timings for rendering a complete list item using this layout are:

Because the layout performance above slows down due to a nested LinearLayout, the performance might improve by flattening the layout—make the layout shallow and wide, rather than narrow and deep. A RelativeLayout as the root node allows for such layouts. So, when this design is converted to use RelativeLayout, you can see that the layout becomes a 2-level hierarchy. Inspection of the new layout looks like this: 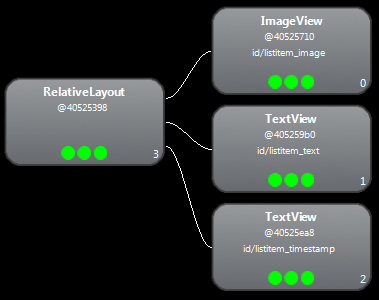 Figure 4. Layout hierarchy for the layout in figure 1, using RelativeLayout.

Most of this time difference is due to the use of layout_weight in the LinearLayout design, which can slow down the speed of measurement. It is just one example of how each layout has appropriate uses and you should carefully consider whether using layout weight is necessary.

It is always good practice to run the Lint tool on your layout files to search for possible view hierarchy optimizations. Lint has replaced the Layoutopt tool and has much greater functionality. Some examples of Lint rules are:

Another benefit of Lint is that it is integrated into the Android Development Tools for Eclipse (ADT 16+). Lint automatically runs whenever you export an APK, edit and save an XML file or use the Layout Editor. To manually force Lint to run press the Lint button in the Eclipse toolbar.

When used inside Eclipse, Lint has the ability to automatically fix some issues, provide suggestions for others and jump directly to the offending code for review. If you don’t use Eclipse for your development, Lint can also be run from the command line. More information about Lint is available at tools.android.com.