To develop apps for Android devices, you use a set of tools that are included in the Android SDK. Once you've downloaded and installed the SDK, you can access these tools right from your Eclipse IDE, through the ADT plugin, or from the command line. Developing with Eclipse is the preferred method because it can directly invoke the tools that you need while developing applications.

However, you may choose to develop with another IDE or a simple text editor and invoke the tools on the command line or with scripts. This is a less streamlined way to develop because you will sometimes have to call command line tools manually, but you will have access to the same number of features that you would have in Eclipse. 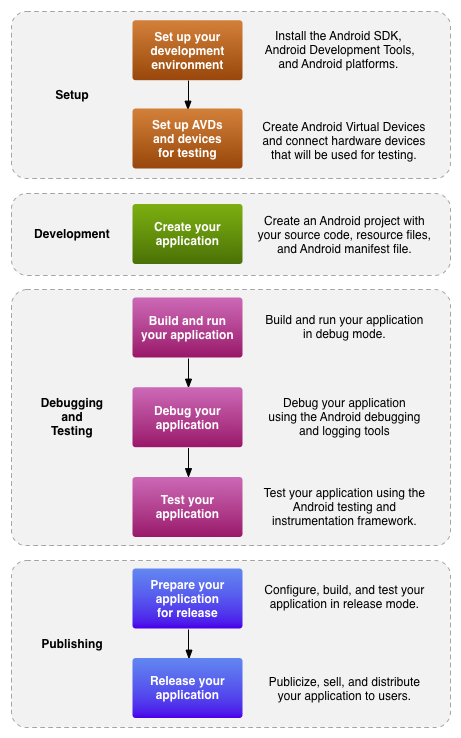 The basic steps for developing applications (with or without Eclipse) are shown in figure 1. The development steps encompass four development phases, which include:

When developing in IDEs or editors other than Eclipse, be familiar with all of the tools below, because you will have to run them from the command line.

In addition to the above tools that are included with the SDK, you need the following open source and third-party tools:

If you are using Eclipse and ADT, tools such as adb and android are automatically called by Eclipse and ADT so you don't have to manually invoke these tools. You need to be familiar with adb, however, because certain functions are not accessible from Eclipse, such as the adb shell commands. You might also need to call Keytool and Jarsigner to sign your applications, but you can set up Eclipse to do this automatically as well.

For more information on the tools provided with the Android SDK, see the 工具 section of the documentation.

The tools described in this section are not developed by the Android SDK team. The Android Dev Guide does not provide documentation for these tools. Please refer to the linked documents in each section for documentation. 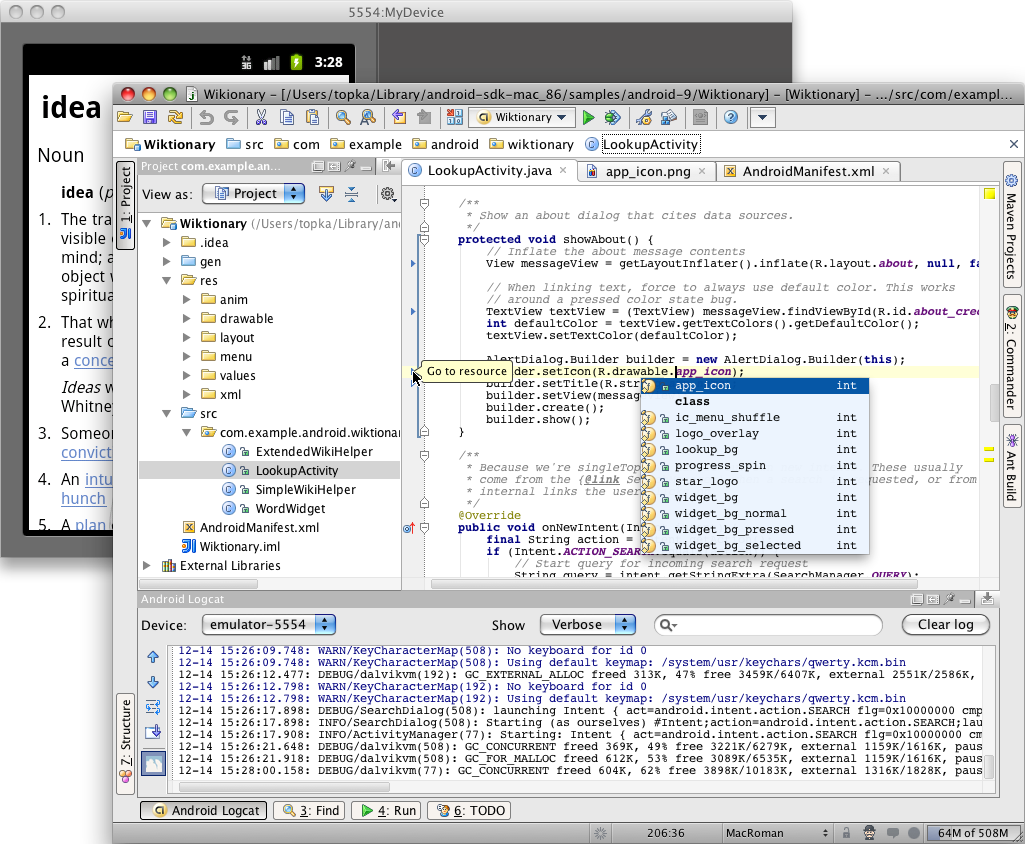 IntelliJ IDEA is a powerful Java IDE from JetBrains that provides full-cycle Android development support in both the free Community Edition and the Ultimate edition.

The IDE ensures compatibility with the latest Android SDK and offers a smart code editor with completion, quick navigation between code and resources, a graphical debugger, unit testing support using Android Testing Framework, and the ability to run applications in either the emulator or a USB-connected device.